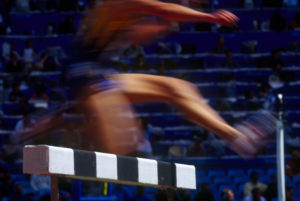 We work with a variety of clients on software development projects—some that are relatively simple and some that are more complex. In all of those projects, there are multiple phases with the final phase being testing by our team and by the users.

Testing is a really important step, but unfortunately it’s one that a lot of clients want to skim over quickly. Sometimes they’re anxious to have their new software up and running and other times they have a lot of other things going on and struggle to find time to do the necessary testing. But regardless of the reasons, user testing isn’t a step that you should ever skip.

Not wanting to wait until it’s finished

If we’re doing software development for a client, it’s usually because they have some problem that the software we’re developing will solve. That problem might be causing them some overall headaches, which means they’re anxious to get the new software in place and start using it. That’s when clients want to rush through the testing phase (or skip it entirely) and start using the software before it’s really finished.

The problem with that? The software might not do what you actually want it to do because it hasn’t been tested. That could mean it creates even more problems than it solves, and that’s not good.

Struggling to think outside the box

Sometimes we run into the problem of users not being sure how to test the software. Maybe there’s some bad data that got imported so one of the numbers doesn’t look quite right for an order total or something like that. But that doesn’t mean you can’t still test what happens if you input a new order. Did a new purchase add to the total? Did it add the right amount?

There’s a lot you can do to test a software even if the data’s not perfectly accurate yet. Bad data doesn’t typically break the software. If bad data should break it, then that’s part of what you’re testing.

Getting bogged down by little things

This somewhat relates to the outside the box thinking mentioned above, but we’ve seen a lot of scenarios where users get distracted by little things and forget to look at the big things. Maybe they’re thrown off by a field label or some of the colors used, and then they can’t see past that to really evaluate whether the software works.

Yes, the field label needs to be correct and the colors should make sense, but it’s important to recognize minor issues versus major issues in the testing phase. One of the big questions to ask during user testing is, “If the software went live today, what’s happening that would stop you from using it?”

Testing is a necessity in software development. There’s no avoiding it. If you skip testing before go live, you’re going to pay for it later in software fixes. But if you see testing as an opportunity, it can help you get the tool you need to solve a problem rather than create one.